How to stop Snoring and Sleep Apnea to Increase Energy 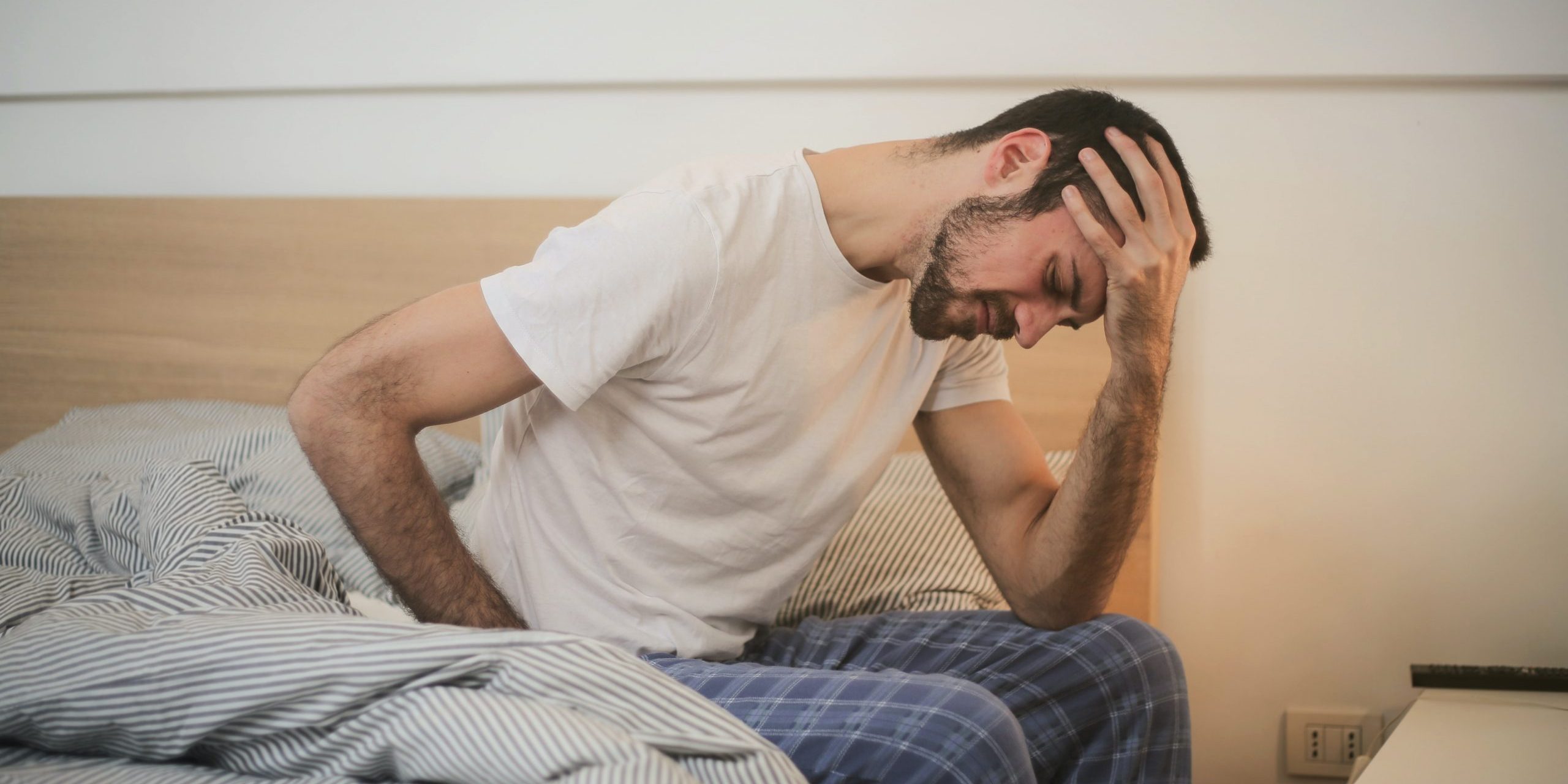 Why do you Snore?

Snoring is a low frequency noise that is produced by the vibration of the soft palate and the back part of the tongue; these vibrations are caused by the turbulent flow of air as it passes through a narrowing in your throat. The soft palate and back part of the tongue flaps like a flag in the wind to give rise to the low frequency sound we recognize as snoring.

If you have a blocked nose or sinus infection, you may start to snore. If you suffer from repeated tonsil infections and your tonsils start to swell and enlarge, you will also develop snoring.

Obesity: a common cause for snoring

A very common reason for snoring occurs in people who are obese, or have recently put on weight. These include men who reach middle age and women after menopause. Obesity causes fat to deposit around the neck and to narrow the air passages.

Occasionally, I have encountered snoring in happily married men who have the fortune of having a chef for a wife and mother-in-law. Their wives and mothers-in-law constantly spoil them with good and delicious high-calorie home-cooked meals. It does not take long for them to put on a tremendous amount of weight and start to snore.

Snoring will affect your quality of Sleep

Heroic snorers are a real nuisance

Some people snore so loudly that doctors commonly refer to them as heroic snorers. A heroic snorer in your home can create more noise and disturbance for your family than if you lived next to the airport! Snorers deprive other family members of sleep and rest. It can cause a lot of marital discord, family embarrassment, divorces and other social problems.

The worst part of it is that the snorer himself does not know that he is snoring. Because he does not perceive a problem, he is not motivated to seek or comply with medical treatment. He does not know he is a nuisance unless someone tells him so. Ignorance is bliss.

Occasionally I have encountered people who say that they can hear themselves snoring. Bu they are the exception rather than the rule. These people tend to be more motivated to seek treatment and to resolve their snoring problem.

Very severe snorers with extremely narrowed airways may go into episodes during sleep when they stop breathing for a few seconds. These episodes are called apnea, which means “no breathing”. Sufferers with this condition are unable to enjoy deep restful sleep. It is not because they are troubled by the noise. The reason is that severe snorers with apnea need to exhaust more energy in trying to keep their airways opened so that enough air can pass through their narrowed air passage.

Extra energy is spent during sleep in trying to do two things:

Sleep apnea deprives you of the rejuvenating effects of deep sleep

Breathing through a narrow air passage during sleep is very hard work. It keeps the snorer vigilant and “on his toes”, preventing him from lapsing into deep slumber. The snorer is prohibited from entering deep sleep because when that happens, the airways would collapse and obstruct, and not enough air would flow into the lungs

A snorer is in a constant state of alertness even during sleep. It’s like doing aerobics in bed. Because he was deprived of good restful sleep, he would wake up the next day feeling very tired-a condition called excessive daytime somnolence (EDS).

People with daytime somnolence feel tired after work, become irritable, and perform below their potential at work. This had serious repercussions in individuals who rely on a sharp creative mind for a living.  Those who operate heavy machine or drive may pose a hazard to other road-users.

Snoring is common and leads to other problems and diseases

Most of us have snored before. I personally had a feedback from my wife who claims that I snore after I have had a few glasses of wine with friends. That is because alcohol depresses our brains so that we sleep deeper. Our muscles relax more, and the air passage becomes narrower. Turbulence builds up, tissues vibrate, and snoring occurs.

Snoring is worse when you lie flat on your back

People also tend to snore more when they are sleeping flat on their backs. This happens because the tongue falls back under the effect of gravity. If you push these people so that they lie on their sides, the snoring becomes softer and more tolerable.

Imagine you are an astronaut trying to get some sleep while orbiting the Earth in space. Because gravity is minimal in space, it does not matter how you lie. Your snoring would be the same irrespective of whether you are upright, lying down on the side or flat.

Situations when snoring should not be ignored

Intermittent and transient snoring is not a cause for concern. I am particularly worried about 3 categories of snoring:

When is a sleep study need to evaluate snoring?

Am I at risk for sleep apnea? Can I prevent the complications of snoring and sleep apnea?

Fat deposits in the neck

The majority of people who snore are overweight and obese. Obesity causes fat to deposit not only in the belly and thighs, but also in the neck as well. This fat deposition in the neck creates a cosmetic problem, like an ugly double chin. More importantly, it has the ominous impact of reducing the diameter of the airways.

Lifestyle modifications help for most snorers

The best remedy for these types of snorers is to lose weight, keep slim, eat in moderation and exercise regularly. Lifestyle remedies have the advantage of being cheap and offering a whole range of health benefits. It saves you the hassle of having to go for expensive treatments and surgery.

Lifestyle modifications are not effective for slim people with structural problems

There is another group of adult snorers who are slim, fit and healthy. They are already keeping their weight down, eating healthily and exercising regularly. You would not expect them to snore or suffer from sleep apnea, and yet they do. Lifestyle modifications are not going to be an effective strategy for this group of patients.

These patients have a specific structural factor that narrows their airways. They may be suffering from sinusitis, block nose, or enlarged tonsils. Treatment in these groups of people will need to extend beyond simple lifestyle modification. They may need medications, appliances and special equipment to open up their narrowed airways. Sometimes, surgery is needed to clear their sinus infection, unblock their noses, or remove their tonsils.

Snoring in children is different from snoring in adults

Children can also snore. But the causes of snoring in children differ from adults. Children snore when their adenoids and tonsils start to enlarge at the age of three to seven years. They may snore when they start preschool and nursery. This is because in the nursery environment, they will be catching multiple viral infections from their classmates, causing frequent block nose and airway narrowing.

Types of treatments available for snorers

People who snore constantly and loudly need medical attention. Those who have sleep apnea need even more medical intervention. Selection of the appropriate treatment will depend on what specific causes result in snoring, and whether any complications have occurred.

There is therefore no single type of treatment that will benefit all patients.

Non-surgical treatments to unblock the nose

Treatments that are targeted at the nose include nose sprays, oral medications, allergen avoidance, immunotherapy and surgery. Medications that are sometimes effective in alleviating block nose include:

Surgery is more effective than medications, allergen avoidance and immunotherapy in unblocking the nose. Before deciding on type of surgery to perform, the location of the obstruction has to be evaluated using a combination of nasal endoscopy and CT scan sinus imaging.

Different surgical techniques are involved. These include:

The many types of nose treatments available all have the same final objective of widening the caliber of the nose passages and reducing the resistance of the nose to airflow. Reduced nasal resistance will result in less effort required for breathing and a deeper more restful sleep.

Snoring in children is usually caused by adenoid and tonsil enlargement. This problem is less frequently seen in adults because the adenoids and tonsils tend to become smaller when a child reaches 12 years of age.

The enlarged adenoids and tonsils can be removed easily as a day case procedure, using the modern equipment presently available to us. The many methods to adenoid and tonsil removal include:

How to lose weight correctly

If the patient is obese and motivated to lose weight, then a period of lifestyle modification is a reasonable course of action to take.

How does weight reduction control snoring? During weight loss, the fat in the neck is burned away, resulting in a wider and less collapsible air passage.  Many people try to lose weight by dieting alone. This is not an effective strategy. Whenever you try losing weight by eating less, your protein stores are mobilized to produce energy, causing a reduction in lean muscle mass. Since your muscles are metabolically active and burns a lot of energy, a reduction in muscle mass means that your metabolic weight will drop. You will be burning less energy and your excess unused calories will end up in your fat stores.

A more effective strategy is to combine exercises with proper nutrition. The two main forms of exercises that are effective in weight management are aerobic (cardio) exercises and strength training exercises. Aerobic exercises consist of low intensity frequent movements that are performed repeatedly, e.g. jogging, brisk-walking, swimming and cycling. They are a good at burning fat only while the activity is carried out. After the exercise, your metabolic rate continues to remain in a revved up condition and will continue to burn extra energy for a few hours post-exercise. Doing strength training exercises result in muscle hypertrophy and an increase in lean body mass. This will cause more energy to be utilized per hour. Even during sleep, your metabolic rate will remain elevated because of your high lean muscle mass. You are burning more energy and losing fat even as you sleep. The best strategy for weight management is to optimally combine good nutrition, aerobic exercises and strength training.

Several types of surgical procedures exist to achieve these goals. They include:

In patients with a small chin (micrognathia), the tongue tends to fall back and narrow the air passages. Snoring and sleep apnea in these patients tend to be severe even though they may not be overweight. The strategies used to correct this sort of problems include:

When a snoring patient sleeps, the narrowed air passages force air to flow at high velocities through the nose and throat. According to the Bernoulli principle, when air velocity increases air pressure drops. This results in a relative vacuum in the nose and throat which tends to cause further narrowing. Positive air pressure can be delivered via mask that is attached to the nose. This treatment method is called nasal continuous positive airways pressure (or nasal CPAP). The positive air pressure delivered by a nasal CPAP machine splits the airway open and keeps it patent during sleep. The improvements seen with nasal CPAP treatment is dramatic even for the more severe cases of sleep apnea.

Whatever the options, snoring is a problem that is highly amenable to treatment-with medications, appliances, special equipment or surgery.

Most Read Articles
Go to Top